There are several connections between MCFC & Australia and with the acquisition of Melbourne City FC this is certain to grow in the future.

On the 23rd of January, 2013, The City Football group acquired Melbourne Heart F.C. The club was renamed to Melbourne City F.C and the connection between MCFC and Australia was increased to it’s highest point since the Danny Tiatto days. 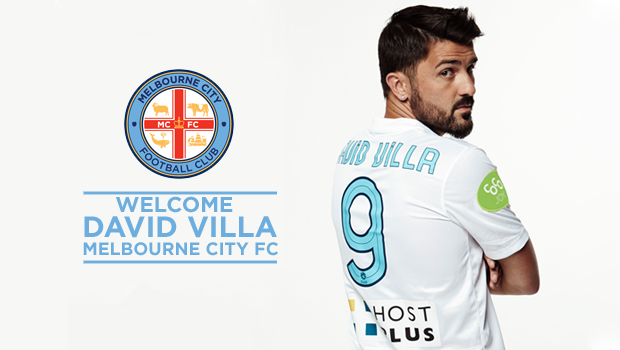 If you were ever to put Australia and MCFC into a blender then the end result would be Danny Tiatto. Tiatto was signed in the summer of 1998 and made 139 appearances for the sky blue until he departed in 2004. During his time he was named player of the season in 2000-2001 and was known for his angry temper and hard working attitude on the pitch.  One of his best shifts came in the last Maine Road derby in which city won 3-1 and Tiatto was named man of the match. Danny, MCFC Australia thank you. 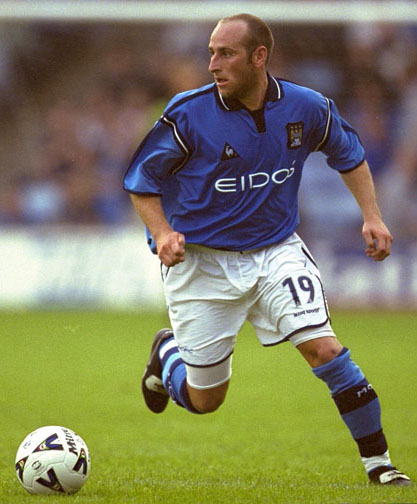 Believe it or not MCFC have played 7 times in Australia. in 1969 City toured down under for a month in which they won six games and drew one. The following year Australia made the journey over to Manchester in which they went down 2-0 at Maine Road with goals from Smith & Brennan. 14 years later the Australian national team returned to Maine Road in which they defeated City 3-1 in front of a sparse crowd. 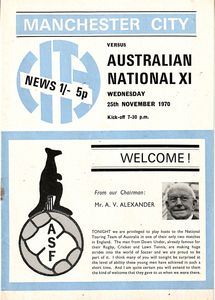 Danny Allsopp moved to England to trial for Second Division club Manchester City, and after scoring in City’s first friendly match against Newquay as well as some reserve team matches, he was signed for the club for the 1998–99 season. Allsopp’s four goals in 25 games saw Manchester City promoted to the First Division, but he struggled to find a regular place in the team as the team in the 1999–2000 season, and was loaned out to Notts 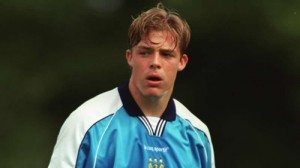 Mike Doyle and the City squad toured Australia in 1969. When attending a press reception in Sydney, a journalist had followed him in to the toilets and threatened to print a story about the team. This led to a heated argument. The Aussie journo swung a punch at Mike, he obviously hadn’t seen Mike Doyle at Maine Road, but the story goes the journo went backwards down 15 steps.

Robbie Fowler, Simon Prior,  Tony Crossan, Tony Coleman and Terry Cooke have called Australia home in some point of time. Robbie Fowler was the last former blue to visit our shores in which he played in the A-League.

“He’s not really here”, is what some of the Manchester faithful were saying about Simon Colosimo. Signed by Kevin Keegan he joined Danny Tiatto on the ranks at city when they played in the nationwide league. After 6 appearances on the bench he was riddled with injures and soon found himself playing in Belgium. 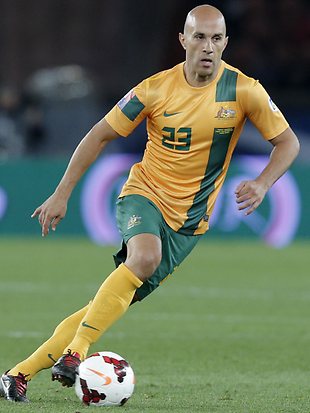 The ones that got away?

Raise your hands Marco Bresciano and Stan Lazaridis. Bresciano almost completed a dream move to the premier league only for his club at the time to complicate the deal and it was off. There was speculation about Stan Lazaridis transferring to City and after thinking long and hard he decided to turn it down.

David Oldfield scored the first goal in Manchester Citys demolishing of rivals united in 89 in the famous 5 – 1 victory. The man was born in Perth made 26 appearances for the mighty blues and scored 6 goals. 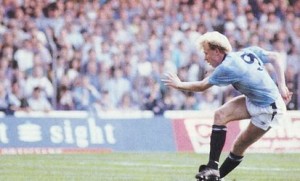 Blue Roo is the official sponsor of MCFC Australia and has been spotted at the Etihad Stadium on multiple occasions. 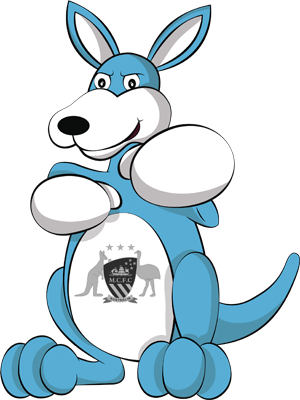