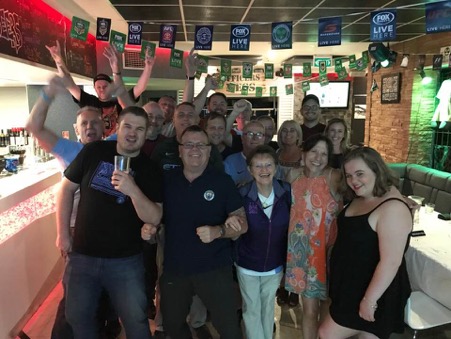 Formed in 2015, the Adelaide branch of the Manchester City Supporters Club carries on the tradition of support for the club in Adelaide and SA that goes back to the old South Australia SC that was active in the 90’s.

Our new home is the Bunker Sports Bar and Grill on Pulteney Street (just near Rundle Mall) in the CBD.  We meet for any possible games within the opening hours (basically evenings with kick offs before midnight local time).  We do occasionally meet elsewhere for major events that have later kick offs.  Visit our supporters club site or Facebook group for more details.  Branch meetings are held quarterly and have a strong social element, usually involving beer and chat at The Bunker on a weekend afternoon.  We also hold social events which raise money for our favoured good causes.