Get involved with City fans from Australia and afar!

Manchester City Football Club is coming to Australia for the first time since 1969. Since then the club has transformed into one of the biggest clubs in the world. Our Ultimate Supporters Guide will help give you all the information and tips for events that happen around the country in July. Here we present the ultimate supporters guide to the 2015 Manchester City FC Australia Tour. 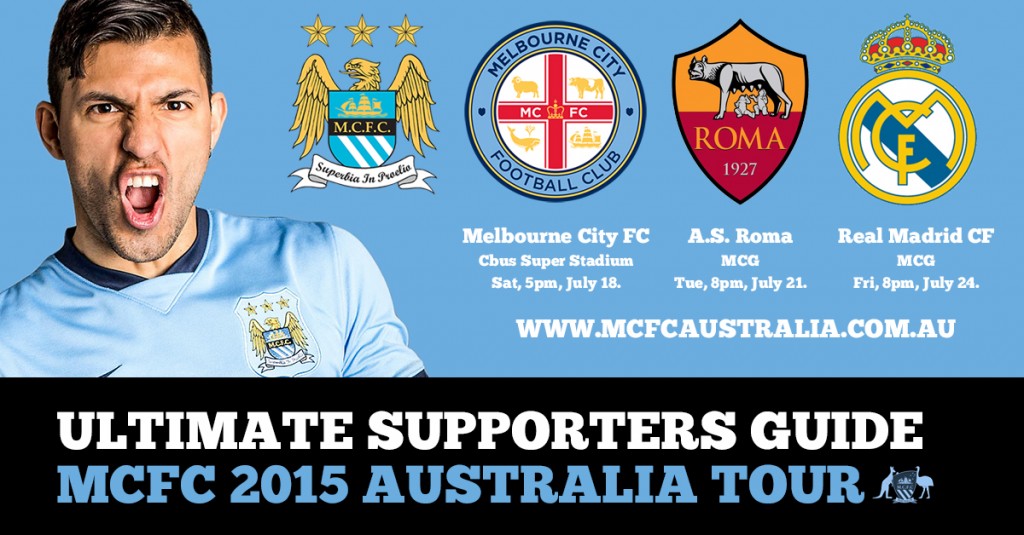 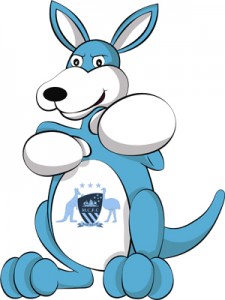 Manchester City FC take on sister club Melbourne City FC for their first public match in Australia. The game was a rather late addition to the schedule but it’s a weekend that should be a load of fun. The Brisbane OSC is getting a bus down from the Pig n Whistle and there will be an unofficial meet up at RQ’s Tavern in Robina. There will be maxi taxis to take folks to the game after. Please check out the MCFC Australia discussion group for more information.

Game Information: The match is being played at Cbus Super Stadium on the Gold Coast. Kick off is at 5pm.
Tickets:  Tickets can be purchased at Ticketek from $25 – Click here to purchase tickets
(you don’t need a password). City supporter groups will be in areas S14, S15 & S16.
Pre-Game Pub: RQ’s Tavern Robina from 2pm – 361 Robina Parkway, Robina QLD 4226
Television: Foxsports, coverage from 4.30pm.

You can catch your first glimpse of the City players as they train at the famous MCG for the first time.

Information: MCG, 7pm – 8pm kick off.
Tickets:  Tickets can be purchased at Ticketek from $18.10 for adults/$13 for child or concession
Click here to purchase training tickets

City take on A.S. Roma in the second game of the ICC in Melbourne at the MCG. The Melbourne Official Supporters Club have been working hard to put on events during the week and it’s recommended to get involved to get the full City experience. 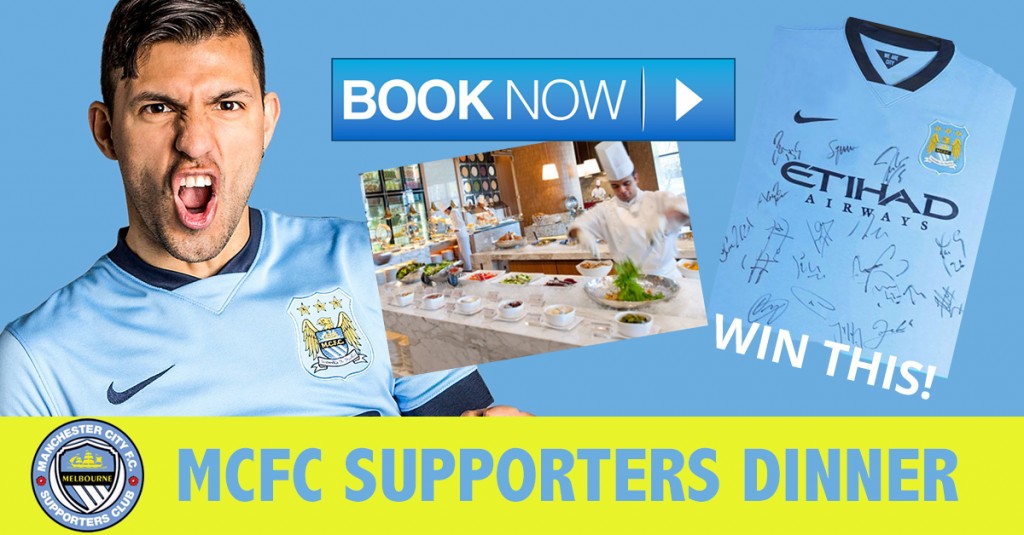 The Manchester City FC Supporters Club, Melbourne, invite City fans from all over the World to attend our Gala Buffet Dinner on Wednesday the 22nd July 2015 at Melbourne’s Crown Casino, location the Kitchen Workshop Restaurant. The price of $35ph is fully inclusive of an all you can eat international buffet, soft drinks, tea and coffee. There will be a bumper raffle with all proceeds donated to charity. Prizes include a 2014/15 Manchester City FC home shirt autographed by the whole squad and match day programs autographed by Sergio Aguero and YayYa Toure. There will also be a 2014/15 Melbourne City home shirt autographed by the whole squad. We expect special guests from Australia and Manchester.

All attendees of the Melbourne OSC Gala Dinner will get free entry to the open training session at the MCG on the 23rd of July.

This is the one you have been waiting for. Manchester City FC take on the Galácticos of Real Madrid CF when they line up against Ronaldo, Bale & co. Tickets have been hard to come around for this game and there is an expected 100k crowd on attendance to watch two powerhouses go head to head. Please join City fans for the pre game and post game events held at the Imperial Hotel. There will be a farewell party after the game back at the Imperial where we can drink the night away.

The Melbourne Official Supporters Club have been working hard to get a number of events going in July. They will be hosting pre/post game events at the Imperial Hotel on match days, a supporters gala dinner and a special event. We advice you to get involved as these events will be the place to be for City fans.

You can become a member of the Melbourne OSC here.